As COVID-19 cases rose sharply in Delhi, only 30 of 4,585 ICU beds for coronavirus patients in government and private hospitals remained available till Tuesday 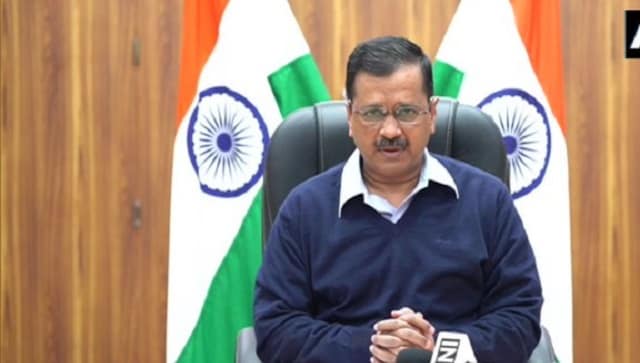 New Delhi: Chief Minister Arvind Kejriwal on Tuesday urged the Centre “with folded hands” to provide medical oxygen to Delhi and his deputy Manish Sisodia said there will be chaos in the city if the stocks are not replenished by Wednesday morning.

ICU beds in Delhi hospitals were also filling up fast.

Only 30 of them were available for coronavirus

patients in government and private hospitals across the national capital at 8 pm, according to data from the city government’s Delhi Corona app.

“Serious oxygen crisis persists in Delhi,” Kejriwal tweeted, adding some hospitals are left with just a few hours of it.

In another tweet, he said, “I urge the Central government with folded hands to urgently provide oxygen to Delhi.”

“Most hospitals in Delhi have only eight to 12 hours of oxygen left. We have been asking the Centre to increase its supply for the last seven days. There will be chaos in Delhi if hospitals do not get enough oxygen by Wednesday morning,” Sisodia tweeted in Hindi.

He also posted a note on Twitter mentioning the status of oxygen stock in various hospitals.

According to the note, Lok Nayak Jai Prakash Narayan Hospital, Deen Dayal Upadhyay Hospital, Burari Hospital, Ambedkar Hospital, Sanjay Gandhi Hospital, BL Kapoor Hospital and Max Hospital in Patparganj were among others that had only eight to 12 hours of oxygen left.

Sir Ganga Ram Hospital said their oxygen stock would last till 1 am. The hospital has 485 COVID beds, of which 475 are occupied. Around 120 patients are currently in the ICU.

Its chairman DS Rana said, “6,000 cubic meters of it is left, which at the rate of current consumption will last till 1 am. Need urgent replenishment.”

Kejriwal had on Sunday termed shortage of oxygen for coronavirus

patients an “emergency”. He had also written to Union Minister of Commerce and Industries Piyush Goyal, seeking his intervention in the matter.

On Monday, the Delhi government set up a 24-member committee to ensure “rational” use of oxygen for the treatment of COVID-19

patients. An order issued by the Health Department said the ‘Oxygen Audit Committee’ will identify areas of wasteful consumption.

The consumption of oxygen has undergone a quantum increase with the admission of a large number of serious patients who require oxygen support, it said.

Delhi Deputy Chief Minister Manish Sisodia on Tuesday said the Centre should be “sensitive and active” in handling the situation so that there is no clamour among states over its supply.

Sisodia, who is also the nodal minister for COVID-19

management in the national capital, said he is getting SOS calls on oxygen shortage from all hospitals. He also alleged that people involved in supplying oxygen are being stopped in different states.

“Getting SOS calls on shortage of oxygen from all hospitals. People involved in supplying oxygen are being stopped at different states. To ensure that there is no ‘jungle raj’ among states over the supply of oxygen, the Central government should be very sensitive and active to handle the situation,” he tweeted in Hindi.

patients in government and private hospitals across Delhi, only 30 were available at 8 pm.

beds are available at hospitals in Delhi at present, Health Minister Satyendar Jain said on Tuesday and assured people that the city government was increasing the number of beds at a fast pace.

The details of the available beds can be found on the Delhi Corona app, he told reporters, adding the Delhi government was making efforts to increase the number of beds, and approximately 1,000-1,500 beds are being added every day.