The MG Cyberster concept has been revealed, a day after it was originally set to make its debut. Quite unlike MG’s present-day offerings in India (which aim to be the most value-for-money products in their respective segments), the MG Cyberster is one for the torque-heads. MG says the Cyberster is not a ‘pie in the sky’ concept – despite being as futuristic as it is, the MG Cyberster previews an all-new MG electric sportscar due in 2024, just in time to mark the brand’s 100th anniversary.

Designed at MG and parent firm SAIC’s Advanced Design Centre in the UK, the MG Cyberster is said to derive styling influences from the marque’s famous MG B Roadster. To that end, it features round ‘Magic Eye’ headlights (that open when switched on), a two-stage shoulder line and a ‘kamm’ tail, which sees the buttresses slope downwards into the chopped-off rear section. Other styling standouts include an LED ‘laser belt’ that stretches along the sides and on the outline of the doors, and LED tail-lights styled to look like one half of the Union Jack, to establish its British roots. 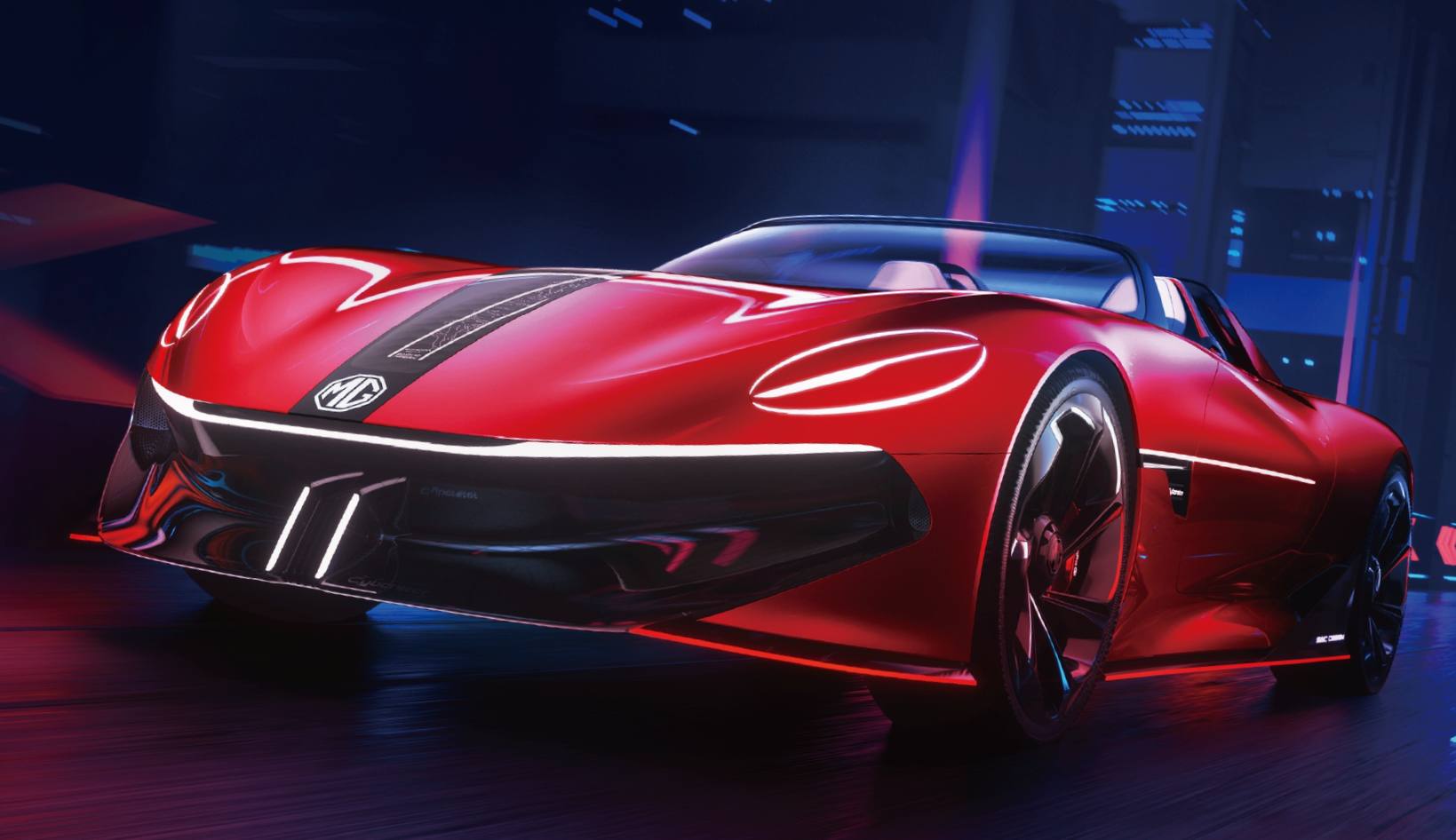 The MG Cyberster features ‘Magic Eye’ headlights that open only when switched on. Image: MG

What will excite enthusiasts more is the fact that the MG Cyberster – said to be based on an all-new platform – will have a 0-100 kph time of under three seconds and is also claimed to have a range of 800 kilometres, thanks to its CTP modular battery technology. However, MG hasn’t yet specified the size of the battery, or even the exact power output. 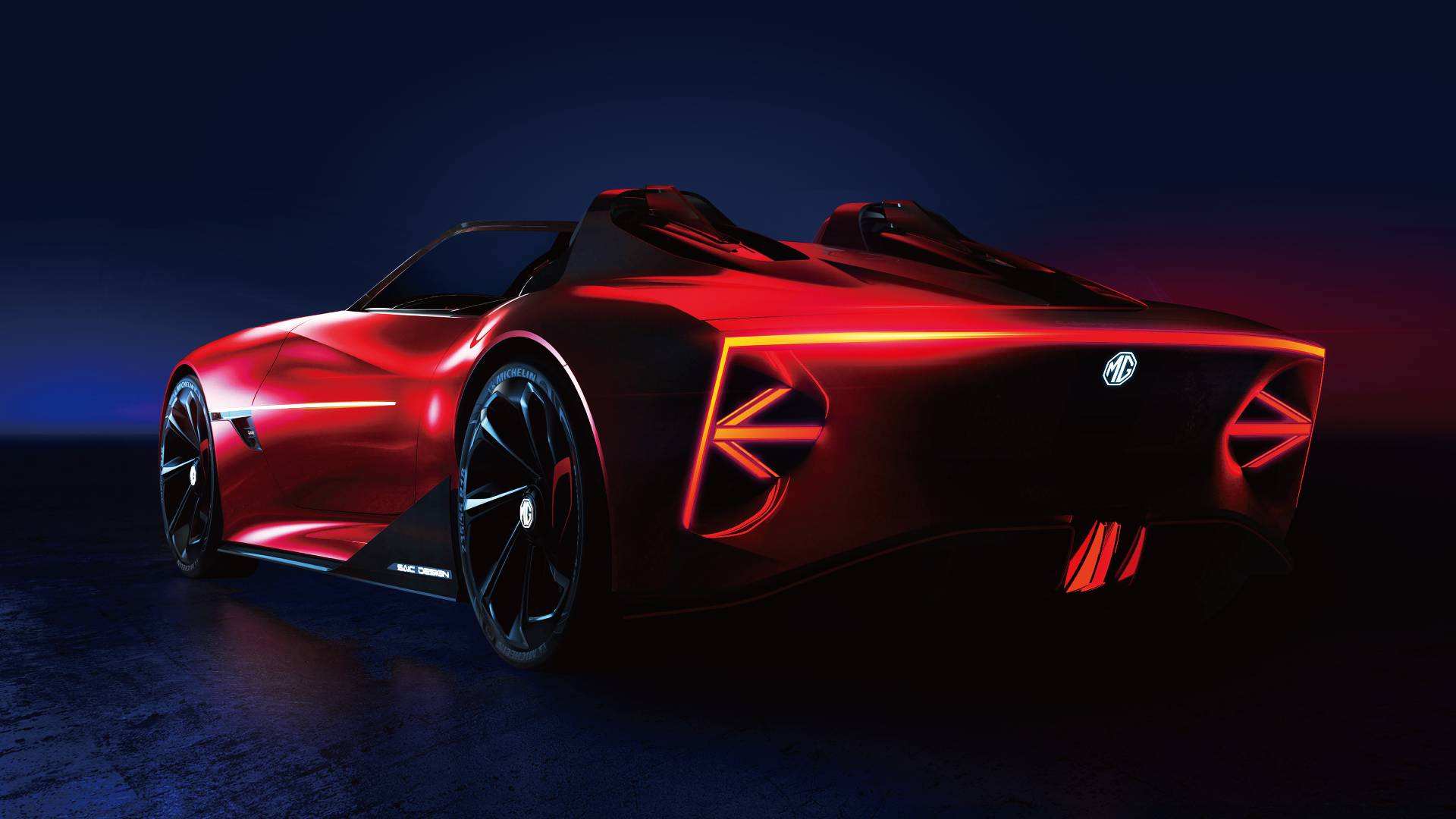 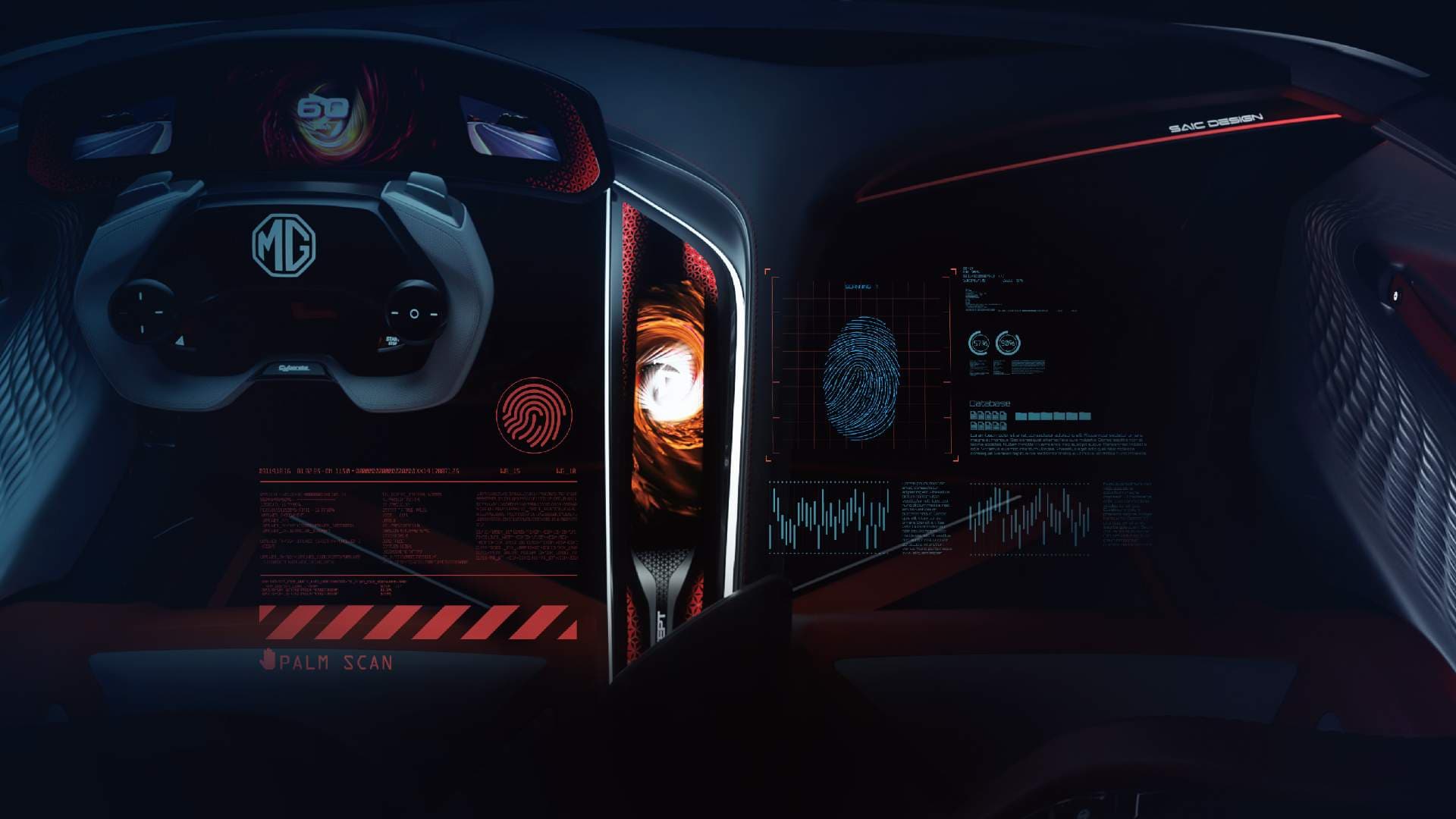 The MG Cyberster has a gaming-themed interior – which will, of course, be watered down for the production model. Image: MG

Inside, the MG Cyberster has what the company calls ‘zero-gravity seats’ and a ‘gamepad steering wheel’ that’s styled to look like an aircraft yoke. While these elements will clearly not make it to production, it’s apparent the road-ready sportscar based on the Cyberster will have a minimalistic interior with a large, digital instruments display and a central touchscreen.

Carl Gotham, Director of SAIC Design Advanced London, said: “The Cyberster is a bold statement that looks strongly into MG’s future, touching on our heritage but more importantly building on our cutting-edge technology and advanced design. Sports cars are the lifeblood of the MG DNA and Cyberster is a hugely exciting concept for us.”

More details of the MG Cyberster are expected when it makes its world premiere at the Shanghai Auto Show, which begins on 21 April.