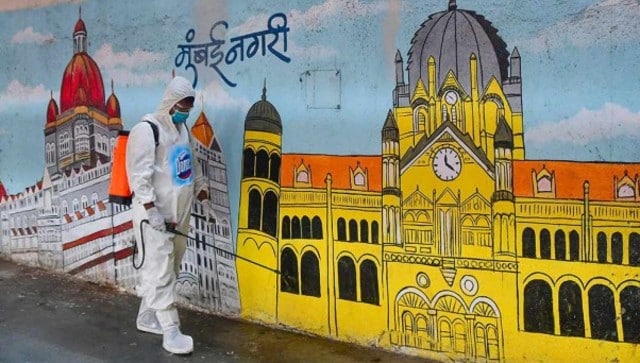 figures in over three weeks on Saturday, with 5,888 new cases reported.

According to PTI, a civic official said that increased testing and isolation of patients along with the exodus of migrant labourers may have led to the decline.

Saturday’s figures were also the lowest since 30 March when the city had reported 4,758 cases, according to PTI.

Cases had begun rising in the financial capital after 30 March, however, they have been witnessing a fall since the city reported its highest daily spike in the first week of April.

A report in News18 said that Saturday’s figures represent a nearly 50 percent (47.25 percent to be exact) drop from its highest single-day spike of 11,163 recorded on 4 April.

The fall in cases on Saturday also brought down the positivity rate from 18 percent to 15 percent compared to the last week. The overall growth rate of cases in the city is 1.26 percent, PTI reported.

On Saturday 8,549 patients were discharged after treatment, taking the tally of recoveries to 5,29,233.

Also, for the first time since 12 April, when the city had reported 6,905 cases, the daily rise in infections in the country’s financial capital fell below 7,000 on Saturday. The caseload in the city stands at 6,22,109.

The new cases since 19 April have been around the 8000-mark, the News18 report added.

According to a report in Mumbai Mirror, 71 people died of the virus on Saturday, taking the toll from the virus in the city to 12,719.

Migration of workers may have played role, says official

“Apart from increased testing and tracing and early isolation, the migration of over six lakh workers may have played a role in the reduction of numbers,” said a senior civic official.

Maharashtra chief minister Uddhav Thackeray had given several hints that the state was considering the reintroduction of lockdown-like measures which prompted migrant labourers to leave the city, he added.

The Central and Western Railways had run almost 500 special trains in last some weeks and most of them ran at full capacity.

“The strict lockdown-like measures further discouraged people from stepping out. The rising infections too must have persuaded some people to stay at home,” the official added.

pandemic. Despite the dip in the daily cases in Mumbai, Maharashtra’s tally for the day was marginally higher than Friday with 67,160 testing positive for the virus on Saturday.