The National Aeronautics and Space Administration (NASA) has started assembling the major components of the Psyche spacecraft which will explore the main asteroid belt between Mars and Jupiter. The Space Agency plans to launch the spacecraft by August 2022. The agency’s Jet Propulsion Laboratory in Southern California has received the components. Currently, the assembly, test, and launch operations are going on at the Centre. The assembled spacecraft will be delivered to Cape Canaveral, Florida from where it will be propelled into space. 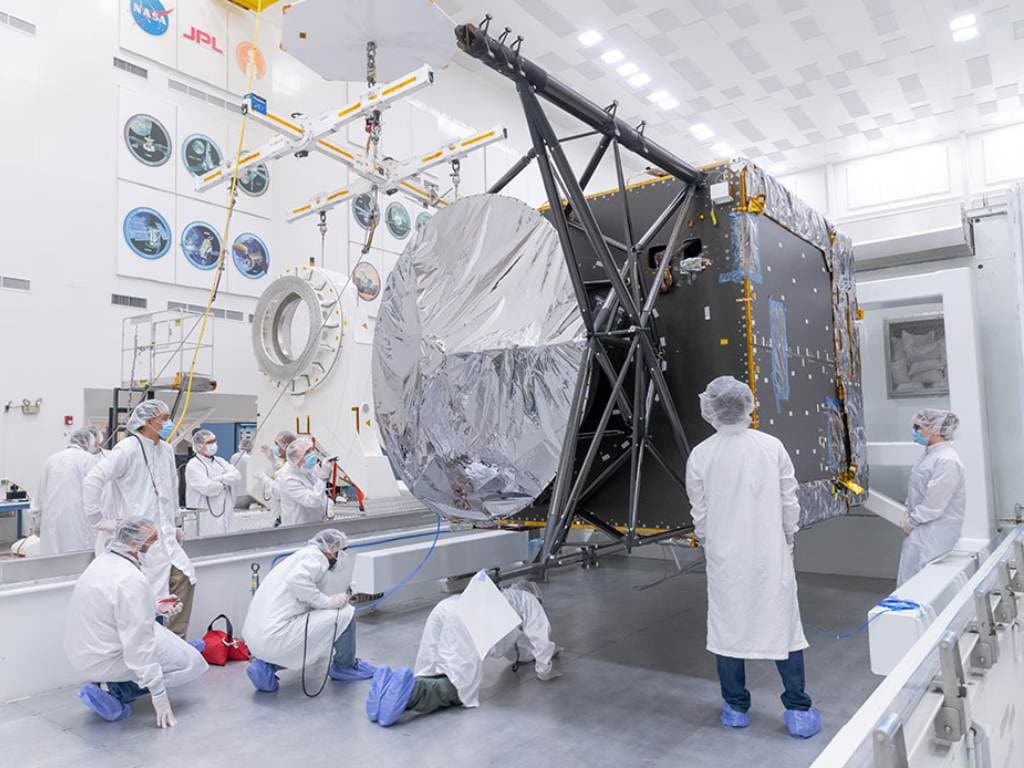 Engineers and technicians prepare to move the chassis of NASA’s Psyche spacecraft from its shipping container to a dolly inside JPL’s Spacecraft Assembly Facility just after the chassis was delivered by Maxar Technologies in late March of 2021.
Credits: NASA/JPL-Caltech

Arizona State University’s Lindy Elkins-Tanton, who is the principal investigator leading the Psyche said, “Building this complex, precision piece of engineering during the year of COVID is absolutely a triumph of human determination and excellence.”

Things are moving at @NASAJPL, as a major component of our spacecraft Psyche is delivered. Psyche is set to launch next year. It will explore a metal-rich asteroid in the main asteroid belt between Mars & Jupiter.

The spacecraft will begin a probe of a metal-rich asteroid-also named Psyche, which is a part of the main asteroid belt between Mars and Jupiter. Scientists are speculating that Psyche is majorly composed of iron and nickel and it could be the core of an early planet.

“It’s exciting watching it all come together, and it’s the part of the project life cycle that I love the most,” commented Psyche Project Manager Henry Stone of JPL.

“But it’s a really intense phase as well. It’s intricate choreography, and if one activity runs into a problem, it can impact the whole process. Staying on schedule at this phase of the mission is absolutely critical,” he added.