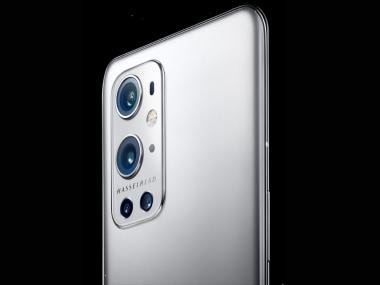 OnePlus is hosting a launch event today to unveil the new OnePlus 9 series. The new series is expected to include three smartphones – a mid-segment OnePlus 9, high-end OnePlus 9 Pro, and a more affordable variant, which will likely be called the OnePlus 9R. The name of the latter is still not confirmed, and this would be the first time that OnePlus would launch a third variant of its flagship phone at the annual launch event. Along with the OnePlus 9 series, the company is also expected to debut its smartwatch – OnePlus Watch – today.

The launch event is scheduled to kick off at 7.30 pm IST. OnePlus will be streaming the event live on its social media channels.

Ahead of the launch event today, the India pricing of the OnePlus 9 series was also reportedly leaked. Reports suggest that the smartphones will be priced starting Rs 39,999.

Here’s everything we know about the smartphones so far:

First spotted by tipster Evan Blass, T-mobile has revealed all the specifications of the OnePlus 9 series. According to the T-Mobile support page, the OnePlus 9 will feature a 6.5-inch Full HD+ AMOLED display with 1,080 x 2,400-pixel resolution. The smartphone is expected to be powered by Snapdragon 888 chipset and offer 12 GB RAM and 256 GB storage. OnePlus 9 might run on Android 11 based OxygenOS UI.

OnePlus: Hey TMO, here’s all the support material for the 9 series. Please keep it under wraps until after the launch.

OnePlus 9 is expected to sport a triple rear camera setup that includes a 48 MP sensor, a 50 MP sensor and a 2 MP sensor. For selfies, it might come with a 16 MP camera sensor.

The smartphone is likely to come with a 4,500 mAh battery.

In terms of photography, the handset might feature a quad-camera setup that includes a 48 MP sensor, a 50 MP sensor, an 8 MP sensor and a 2 MP sensor. It is expected to house a 16 MP front camera.

In an exclusive interview with News18, OnePlus CEO Pete Lau described the OnePlus 9R as a “premium-tier device” that focuses on mobile gaming and offers “smooth scrolling” and a “superior viewing experience”. Lau suggested that the OnePlus 9R will be an affordable alternative to its flagship offerings.

The company teaser has also suggested that the smartphone might come with gaming triggers attached to two opposite sides of the smartphone.

Mobile gaming is about to level up. Get your game on this Tuesday, March 23. #OnePlus9R5G

As per a report by GSMArena, the smartwatch will come in 46 mm dial size and black and silver colour options. The report added that the OnePlus Watch will come with features like workout detection, sleep tracking, SpO2 monitor, heart monitor and stress tracking. The watch is also expected to let users control music on a smartphone and take calls.

The report also suggests that the OnePlus Watch might offer 4 GB storage and work as a remote for OnePlus TVs. In terms of battery, the smartwatch is expected to come with support for Warp Charge tech that will provide a 7-day battery in just 20 minutes of charging.