According to an army official, the operation was conducted in very close proximity of the Line of Control in Dhanni village of Kupwara 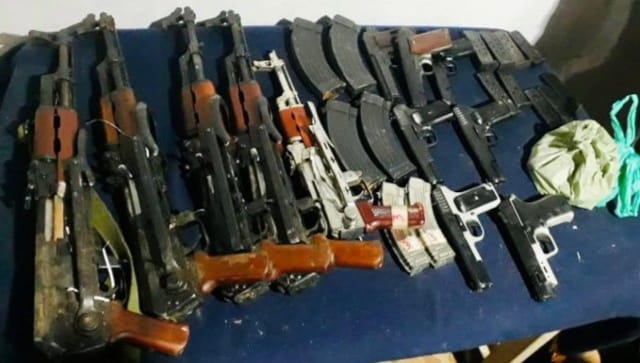 The arms that were seized in Kupwara district on Sunday. Image courtesy: Twitter/@KashmirPolice

Srinagar: Security forces have seized a cache of arms and ammunition, including five AK assault rifles, from an area close to the Line of Control in Jammu and Kashmir’s Kupwara district, an army official said on Monday.

“In a major success to security forces deployed in Karnah, a huge recovery was made in the late hours of Sunday owing to high state of alertness of the army and police,” the official said.

He said the security forces launched an operation based on specific intelligence input and recovered five AK rifles and seven pistols with several magazines and ammunition rounds.

“The operation was conducted in very close proximity of the Line of Control in Dhanni village which is under direct observation of Pakistan Army posts in Lipa Valley,” the official said.