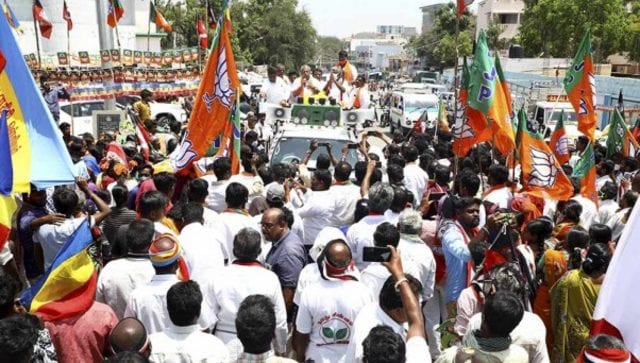 Coimbatore: A total of 14 workers of two political parties were arrested for allegedly distributing cash to voters in two areas in Coimbatore on Saturday, police said.

Based on the information, the police went to an area in Coimbatore south constituency where they caught 12 BJP workers distributing the money to residents.

A sum of Rs 46,000 was seized from them and six two-wheelers were impounded, the police said.

In another incident, two AIADMK workers were held for distributing money in an area coming under Coimbatore North constituency, they said.

A total of Rs 24,500 in cash was seized from their possession, they added.