The report painted an overall grim picture for the principles of democracy across the world, but the alleged downturn in India’s democratic values meant that now only 20 percent of the world’s population lives in a liberal democracy 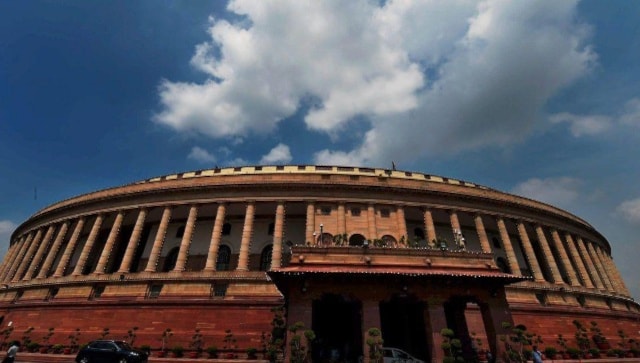 At a time when the world witnessed the worst year for democratic freedom in the midst of a pandemic, India also lost it’s status of a ‘free country’ and was relegated to the ‘partly free’ category in the annual Freedom in the World rankings.

The 2021 ranking was released by Freedom House, a non-governmental organisation largely funded through US government grants. The organisation has been tracking the course of democracy since 1941.

The annual report criticised Prime Minister Narendra Modi for driving India towards authoritarianism while citing a “hamfisted lockdown”, “scapegoating of Muslims” and “rising intimidation of academics and Muslims” as some of the reasons for downgrading India’s status.

“Political rights and civil liberties in the country have deteriorated since Narendra Modi became prime minister in 2014, with increased pressure on human rights organisations, rising intimidation of academics and journalists, and a spate of bigoted attacks, including lynchings, aimed at Muslims. The decline only accelerated after Modi’s reelection in 2019,” the report read.

It further criticised Modi for elevating Hindu nationalist interests at the cost of equality.

“Under Modi, India appears to have abandoned its potential to serve as a global democratic leader, elevating narrow Hindu nationalist interests at the expense of its founding values of inclusion and equal rights for all.”

pandemic. It also noted that the coronavirus

lockdown “resulted in the dangerous and unplanned displacement of millions of internal migrant workers“.

“The government of Prime Minister Narendra Modi and its state-level allies continued to crack down on critics during the year, and their response to COVID-19

included a ham-fisted lockdown that resulted in the dangerous and unplanned displacement of millions of internal migrant workers. The ruling Hindu nationalist movement also encouraged the scapegoating of Muslims, who were disproportionately blamed for the spread of the virus and faced attacks by vigilante mobs.”

The reference was the Nizamuddin Markaz (centre) case, which saw a gathering of Muslims (Tablighi Jamaatis) being held responsible by the Centre for the initial spread of coronavirus

pandemic in Delhi. The media coverage of the incident was also highly criticised as many believed it gave rise to anti-Muslim sentiments in a polarised atmosphere in the midst of a pandemic.

The report also noted that judicial independence had also come under strain, pointing to the case of a Delhi High Court judge who was transferred after reprimanding the police for taking no action during the Delhi riots.

It also mentioned the so-called ‘love-jihad law’ which has been implemented in several BJP-ruled states to outlaw “forced conversion”, but which activists fear would hinder interfaith marriages altogether.

BREAKING: India is not rated “Free” in Freedom in the World 2021. Political rights and civil liberties have eroded in India since Narendra Modi became prime minister in 2014, causing the country to drop from Free to Partly Free in 2020. #FreedomInTheWorld https://t.co/HuNzEAc6Nw pic.twitter.com/mae0CmGpi5

The report painted an overall grim picture for the principles of democracy across the world. But the alleged downturn in India’s democratic values meant that now only 20 percent of the world’s population lives in a liberal democracy.

The report found that although democracy’s downward spiral was consistent with a 15-year-trend, in 2020, the countries experiencing deterioration outnumbered those with improvements by the largest margin recorded since 2006. With this, nearly 75 percent of the world’s population now lives in a country that faced deterioration last year.

The report, made public on Wednesday, also elicited some reactions in India. All India Trinamool Congress leader Mahua Moitra said:

India’s democracy under siege, only “partly free” according to Freedom House but hey, what do US based non-profits know anyway?
India still high up on @BJP’s Yogimeter

~@freedomhouse: Under Modi, India appears to have abandoned its potential to serve as a global democratic leader, elevating narrow Hindu nationalist interests at the expense of its founding values of inclusion and equal rights for all. https://t.co/3FgD7PDV33 pic.twitter.com/CbJHv8KhgP

The report was especially critical of China, which it noted amped up its global disinformation and censorship campaign to counter the “fallout from its cover-up of the initial coronavirus

“Meanwhile, the Chinese regime has gained clout in multilateral institutions such as the UN Human Rights Council, which the United States abandoned in 2018, as Beijing pushed a vision of so-called non-interference that allows abuses of democratic principles and human rights standards to go unpunished while the formation of autocratic alliances is promoted,” the report read.

It said that the ongoing decline has given rise to claims of democracy’s inherent inferiority by countries like China and Russia “seeking to strengthen their international influence while escaping accountability for abuses”.

It also noted that India, which is the world’s most populous democracy, failed to counter the influence of such nations.

“Rather than serving as a champion of democratic practice and a counterweight to authoritarian influence from countries such as China, Modi and his party are tragically driving India itself toward authoritarianism.”

According to a report in Vox, the rankings have become a remarkably trustworthy benchmark in the free world since Freedom House overhauled its methodology twice (in 1990 and in 2006) to reduce past problems such as a bias in favour of US allies.