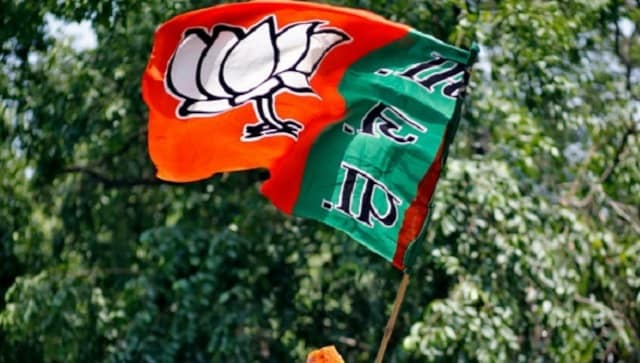 The Bharatiya Janata Party (BJP) released its list for the third and fourth phases of the Assembly elections in West Bengal on Sunday. Apart from the fact that it was incomplete, it raised a number of questions about the party’s traction in the state, rather than make a robust statement.

Seventy-five constituencies go to the polls in these two phases, but candidates have been announced for only 63. The feature of the list that has occasioned the greatest surprise is the inclusion in it of three sitting members of the Lok Sabha, one of them a minister, and one member of the Rajya Sabha.

Union Minister of State for Environment, Forests and Climate Change Babul Supriyo has been nominated to contest from Kolkata’s Tollygunge constituency. He will be up against Trinamool Congress (TMC) heavyweight Aroop Biswas, a close aide of Chief Minister Mamata Banerjee and a state minister, who has won from the constituency in the last three elections. Supriyo won’t find the going easy, needless to say.

The decision to field four sitting MPs, especially three Lok Sabha members, seems to point to a lack of talent within the organisation. The inability to announce a full list underlines this supposition. We shall return to this issue.

Apart from this problem of finding appropriate candidates, the list has also raised questions because of the inclusion of eight defectors. Particularly noteworthy has been the selection of 89-year-old Rabindranath Bhattacharya to contest the Singur constituency in Hooghly, because he switched parties as late as 8 March after the TMC denied him a ticket in line with its new policy of not fielding candidates over the age of 80.

There was local BJP opposition to Bhattacharya’s nomination. Party workers staged a demonstration in Singur over it. They said he had targeted them while in power and they would not accept his candidature.

The other significant defector included in the list was Rajib Banerjee, a former TMC minister who quit the party on 30 January and joined the BJP the next day. He has been nominated for the Domjur constituency in Howrah district, which he represented in the outgoing Assembly.

One of the important fallouts of the new round of nominations was the resignation from the party of a heavyweight TMC defector. Former mayor of the Kolkata Municipal Corporation (KMC) Sovan Chatterjee quit because he had been shifted from the city’s Behala East to the Behala West constituency and because his ‘friend’ Baisakhi Banerjee had not been given a nomination at all. Baisakhi, who had joined the BJP along with the former mayor, obviously also quit. What must have angered Sovan, even more, was that the constituency he had won twice – in 2011 and 2016 – had been allotted to Bengali film actor Payel, a political greenhorn.

Attempts are reportedly being made to convince Sovan to retract his decision, but it would be a significant development were he not amenable to doing so, because he would surely have had a major role play in the KMC elections, which will follow.

There have been some other interesting developments. The nomination of Ashok Lahiri, a former chief economic advisor to the Government of India, from the Alipurduar constituency has also generated controversy, with the district party president Ganga Prasad Sharma saying that not only had he not been aware of the decision, but that he hadn’t even heard of Lahiri and didn’t know anything about him.

Similarly, the nomination of Bishal Lama, a former Gorkha Janmukti Morcha leader, for the Kalchini constituency in the Alipurduar district came as a complete surprise for Sharma. As with Lahiri’s nomination he had no inkling about it and had come to know about it from the media. In other words, there appears to have been no consultation at the district level. On Sunday, BJP supporters demonstrated in front of Sharma’s house demanding Lama’s name be dropped from the list. Also, given that a number of local people had been queueing up for the Alipurduar ticket, Lahiri’s nomination has caused some resentment.

Thus, two points must be noted. First, as already said, the BJP seems to be scrambling to find 294 candidates to contest the April elections. Second, there seems to be some degree of lack of coordination in the entire process. This could be taken as par for the course in the case of most other parties. But the BJP’s formidable electoral machine usually whirrs pretty smoothly.

The nomination exercise conducted for the third and fourth round of polling in Bengal does not have the fingerprints of the BJP written all over it. The problem clearly stems from a lack of available and appropriate candidates, which gives it an ad hoc look.

So, what does this mean for the party? Though too much need not be read into what looks like a bit of a fiasco, clearly it spells some degree of trouble. Of especial concern to the party, possibly, will be the fact that ‘old-time’ party workers are reluctant to embrace the defectors from other parties who have been handed out nominations. It will not encourage the old faithful that the leadership had to nominate Rinku Naskar, a defector from the CPM, for the prestigious Jadavpur constituency, once held by former chief minister Buddhadeb Bhattacharya. Naskar is not even a local candidate.

The TMC will doubtless do its best to exploit this in its campaign. Krishnanagar TMC Lok Sabha member Mohua Moitra has already tweeted: ‘When “largest global political party” lacks enough faces and strength to announce 294 names in one go for a state it claims it will sweep!’ The BJP will have to come up with quick answers if it wants to lay a glove on Bengal’s ruling party.