On the 17th anniversary of the disaster today, here’s a look back at what happened 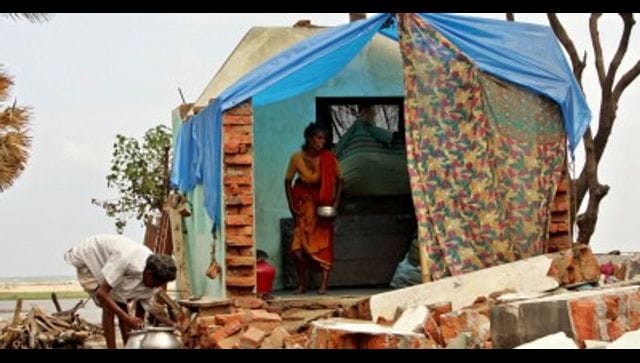 On the morning of 26 December, 2004, an underwater earthquake with a magnitude of 9.1 struck off the coast of the Indonesian island of Sumatra. In the next seven hours, the world witnessed one of its deadliest tsunamis in recorded history, claiming the lives of more than 2,27,000 people in South Asia.

On the 17th anniversary of the disaster today, here’s a look back at what happened:

Epicentre and impact
The Indian Ocean earthquake and tsunami of 2004 or the Sumatra-Andaman earthquake as it was known in the scientific community was documented as having a magnitude of 9.0.

The hypocentre of the earthquake was approximately 160 km off the western coast of northern Sumatra, in the Indian Ocean at a depth of 30 kilometres. Tremors were felt in India, Sri Lanka, Bangladesh, Malaysia, Myanmar, Thailand, and Maldives.

According to a CNN report, the tremors were so powerful that it was one of those rare occurrences when the entire world vibrated. “Globally, this earthquake was large enough to basically vibrate the whole planet as much as half an inch, or a centimeter,” the report quoted Charles Ammon, an associate professor of geosciences at the Penn State University in the United States as saying.

The 2004 Indian Ocean earthquake was large in geographical and geological extent. An estimated 1,600 kilometres of fault surface slipped along the subduction zone where the Indian Plate slid under the Burma Plate.

The sudden vertical rise of the seabed due to the earthquake displaced massive volumes of water, resulting in the tsunami that struck the coasts of the Indian Ocean creating havoc in 14 coastal countries. According to Tad Murty, vice-president of the Tsunami Society, the total energy of Boxing Day tsunami was equivalent to about 5 megatons
of TNT, twice the total explosive energy used during World War II. In many places, the waves reached 2 kilometres inland.

Since the tsunami occurred in a large area geographically, it took from 15 minutes to seven hours to reach the coast lines of the Indian Ocean. While Indonesian island of Sumatra was hit quickly, Sri Lanka and the east coast of India were hit 90 minutes later. The height of the biggest waves to hit the land, which was in Indonesia’s Aceh region, measured 65 feet.

The 2004 earthquake managed to send aftershocks as far away as Alaska and the plight of the victims prompted a worldwide humanitarian response, with donations of $14 billion. 1.7 million people were displaced due to the tsunami with damages worth $9.9 billion estimated across the affected countries. Scarcity of food, clean water, and medicines along with the daunting task of relief workers trying to get supplies into remote areas and islands extended the list of casualties.

How it affected India
Despite the time gap between the earthquake and the impact of the tsunami, none of the impacted countries could be warned of the impending disaster. There were no tsunami warning systems in the Indian Ocean to detect tsunamis or to warn the public.

After the 2004 tsunami, India realised that it is susceptible to tsunamis too and the Indian Tsunami Early Warning System (ITEWS) at Indian National Centre for Ocean Information Services (INCOIS) was started in October 2007.

Survivors, family light candles
Survivors and family members of the victims in Tamil Nadu on Sunday lit candles, and prayed for those that perished. People also gather every year to pray at the Siron Tsunami Memorial Park in Aceh province
remembering the Indonesians who died in the tsunami.

People pray at the Siron Tsunami Memorial Park in Aceh province to mark the 17th anniversary of the 9.1 magnitude earthquake that struck the province on Boxing Day in 2004, causing a tsunami that claimed the
lives of more than 170,000 in Indonesia alone.

People pray at the Siron Tsunami Memorial Park in Aceh province to mark the 17th anniversary of the 9.1 magnitude earthquake that struck the province on Boxing Day in 2004, causing a tsunami that claimed the lives of more than 170,000 in Indonesia alone