Agenda-driven activism in the name of academic freedom may distract research scholars from their pursuit of research, and even jeopardise the careers of bright scholars 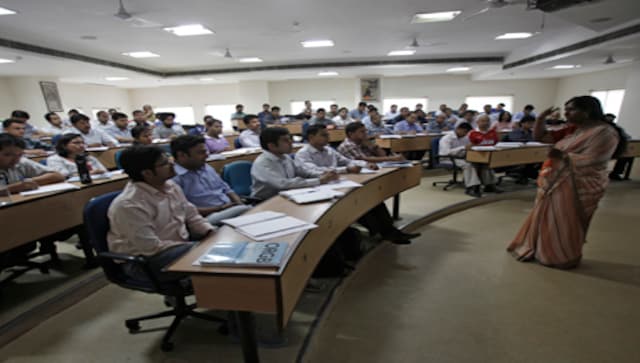 It has become a fashion these days for academicians from national institutes to mobilise signature campaigns and protests against the policies and actions of the government at the Centre on a variety of issues. While this is restricted to small sections of these institutions, there is a larger section which is disappointed with their colleagues for using their institutions as a platform to drive particular agendas and narratives.

In academic institutions everybody likes to breathe freedom, but with certain reservations. Reservations about projecting only particular sets of narratives, indulgence in a variety of issues and the high frequency of such recurrences, and professors leading such campaigns creating discomfort among the student community. In the final analysis, the majority feel this may polarise the campus, thus diluting the excellence and distracting scholars from serious research pursuits. They are also perturbed with the campaigners projecting it as the view of the institutional community which is far from the truth.

Bias runs deep down the freedom

Academic freedom runs deep but remains vitiated by biases in more than one way. The most academic response to any issue is to innocently publish well-researched articles in leading journals, both from the scientific and social sciences worlds. For instance, there is a persistent attempt to ignore the complexity of managing the unprecedented Covid-19 situation in India and rundown the massive efforts of the government in the management of the pandemic, among the international academic community.

One wonders how often The Lancet has published letters of signature campaigns from experts on this matter, and why so much attention is bestowed upon India during this pandemic to the exclusion of other suffering countries. International journals must critique governments’ policies but several academicians with no political allegiance are amazed by the eagerness of these journals to spread knowledge of the nuanced political divide between Uttar Pradesh and Kerala at the international level!

The only other country which gets such attention for nuanced studies is the US with its Red states and Blue states, which they want to replicate in India. Academicians publishing academic papers are welcome as these remain within the confines of the academic community, but unfortunately there are the international and national media which are hungry for such politico-scientific findings but do not report the caveats and limitations of these studies.

The disquiet is much more among the scientific community and technology institutes. Somehow, agenda-driven narratives in the social sciences have come to be accepted but are still detested in the community of science and technology, which is perceived as a pure pursuit of science.

The sophistication of agenda-driven academicians has to be understood. A classic example is the way issues get framed. A mail on anti-lynching will exhort their colleagues and students to sign their petition if they think lynching is wrong. The imputation is: “This is a nation of mob lynchers and if you don’t sign you know where you stand.” I, for one, would like to represent everybody who gets lynched, but for them only select few deserves support.

Again, academic institutions should have space for protests but increasingly large sections are seriously concerned about the regularity, and the kinds of issues such petitions are taking up. For example, the email campaign post the Delhi riots, which are clearly matters of law and order and judicial process, is one such instance where the majority felt dismayed as it was perceived as “beyond the threshold”.

Such “academic freedom” gets deeply embedded when these narratives are amplified through conferences, seminars, and even through PhD dissertations exploiting the broad shoulders of these eminent institutions as platforms. Only a particular kind of speakers gets invited for the conferences and themes are quite suggestive.

Academic institutions give this freedom to the academicians and rightfully so, but to be used with responsibility than with impunity. It is so deeply embedded that there was, recently, a controversy about a dissertation in a management school which made adverse remarks about political parties. As an academic, I was quite puzzled as to how such slack comments find place in PhD dissertations.

The hypocrisy of the “academic ivory tower” has to be seen to be believed. One serious issue that a large segment of academicians is raising is regarding the practice of professors leading signature campaigns and protests, and urging the students to sign these. The recent emails emanating from IIM Bangalore and Ahmedabad on “intolerance” are led by few professors, with signatures from PhD and graduate students.

This is unlike central universities where campaigns are led by students probably with covert support from faculty. The practice of professors leading the campaigns raises the moot question of governance as the students may feel obliged, if not nudged, into joining the campaign. The very same professors who protest outside the gates are those who could be taking their sessions the next day!

There is an increasing disquiet regarding how this serious issue of academic governance is being ignored by the administration. The best-case scenario is when academic leadership is neutral, and things get ugly when it is done with their blessings. Academic freedom is thus reduced to “champion governance outside and thrive on hypocrisy inside”.

Does anybody care? This is in everybody’s mind. These persistent campaigns have polarised the campus so much that students are divided along the lines of minority groups of liberals, rightists, and the silent large majority of fence sitters who are “prospects or suspects” in the eyes of the first two groups.

Concerned academicians are asking: Do these eminent institutions of excellence need this kind of activism from which they have always maintained a respectable distance, especially when their aspiration remains the pursuit of global rankings?

The MBA and BTech students mostly stay away from such agendas, but research scholars appear to be getting drawn into this mire. The principal worry is that such activism in the name of academic freedom may distract research scholars from their pursuit of research, and may even jeopardise the careers of bright scholars.

The faculty in these institutions are comfortably perched in the ivory tower of freedom!