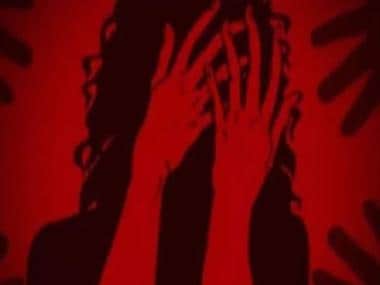 As of November 2020, 36 countries had still not criminalised marital rape. Pakistan, Bangladesh, Afghanistan, Botswana, Iran, Nigeria and Libya are nations where like India, it is not a crime to rape a wife.

In August last year, a high court in Chhattisgarh ruled that sexual intercourse or any sexual act by a husband with their spouse would not constitute rape even if it was forcible or against the consent of a legally wedded wife. The high court’s stance on the issue sparked outrage coming right after a two-judge bench of the Kerala High Court upheld a family court’s decision to allow divorce on the grounds of marital rape because it constitutes physical and mental cruelty.

“In a married life, sex is reflection of the intimacy of the spouse,” declared the Kerala High Court. “The evidence given by the woman establishes that she was subjected to all sorts of perversion against her will. Marital rape occurs when the husband is under the notion that the body of his wife owes him.”

On a recent family vacation to Puri just before the year closed and in full public view, I was personally witness to what I think constitutes ‘abuse’ between a married woman, petrified of swimming, and, her husband, clad in shorts and bare-chested, dragging her, by her slim right wrist, even as the newly-wed woman, sporting a hand full of chudas (the traditional red and white bangles that symbolise marriage in northern India) protested, begging him, literally howling. The man was probably sloshed and being egged on by a bunch of hairy, pot-bellied men in flimsy vests and ill-fitted shorts whose wives silently watched from behind their plastic glares as another woman like them was being manhandled, with the husband finally throwing her into the tumultuous, icy waves. The woman let out a shriek — like a wounded animal. Trying to grapple with her husband who left her hands and laughed, jeering at his friends who flashed victory signs.

Time and time again, India’s marital rape debate comes to the fore, each time a raped wife stands in court and is told off that the exception in the rape law presumes her consent and thereby grants her husband immunity from rape prosecution.

But, what about the fundamental right of a woman as granted by our revered Constitution — also, who decides the right to pleasure and penetration and procreation? Why does marriage absolve women of autonomy as free and equal human beings over our own bodies?

Despite one of the key recommendations of the Justice Verma Committee, set up in 2012 to reform criminal law being to remove the marital-rape exception, in light of India’s obligations under the Convention on the Elimination of All Forms of Discrimination Against Women — that followed on the heels of the heinous Nirbhaya rape case — all we have witnessed are completely contradictory legal responses to complaints of marital rape.

Remember the case of a court in Maharashtra granting anticipatory bail to a man while concluding that forcible sex with his wife was not an “illegal thing”, though she said it left her paralysed.

In 2008, controversial feminist author Sheila Jeffreys in her book, The Industrial Vagina: The Political Economy of the Global Sex Trade, described marriage as a type of prostitution; a legal transaction that traditionally guaranteed sexual access to women’s bodies in return for subsistence.

“Prostitution and marriage have always been related,” says Jeffreys, “What is shocking is that today marriage is becoming more fashionable amongst some young women.” She writes that even in the case of employed, well-paid professional women, “the right of men to women’s bodies for sexual use has not gone, but remains an assumption at the basis of heterosexual relationships”.

As recently as 11 January, the Delhi High Court said, “Jurisdiction after jurisdiction” in the world has held that “merely because you are married, it is not enough to say [rape] is not an offence”.

Hearing a batch of petitions challenging the exception for marital rape in the Indian Penal Code (IPC), Justice Rajiv Shakdher questioned, “Have 50 countries got it wrong?”

The petitions, filed by two NGOs, RIT Foundation and All India Democratic Women’s Association, and two individuals, have requested the court to read down the exception to marital rape in Indian criminal law. A 2017 case, in which a 27-year-old woman alleged that she was raped by her husband, has also been tagged with the petitions.

Consent is a word thrown around easily, these days. But, can this modern, feminist parlance extend into the darkness of a woman’s bedroom, whetted by the lofty promise of ‘saat janam (7 births),’ and ‘bhaath kaporer dayitto,’ a primordial practice, in my home state, where on the morning of the reception (Bou Bhaati), the groom hands over a tray of material goodies to the blushing bride and announces like a conqueror, the above sentence, meaning, from now on, he is responsible for his wife’s food and clothes.

In a nation where Karwa Chauth is cute and Jamai Shashti — the regressive custom of mother-in-law’s in Bengal treating the son-in-law to a king’s feast and gifting him expensive material possessions — is stitched into our socio-religious-cultural fabric. Where pativrata and sati savitri and ‘behind every successful man there must be a woman,’ are sweeping character certificates that women love to proudly flaunt. Camouflaging their battle scars and swallowing their passivity — meaning no, but saying yes. Can we separate the issue of marital rape from the systematic inequality and unpaid emotional, physical and mental labour that most women must sow into their marriages — starting with her entire identity being usurped — surname, change of residence, joint bank accounts, maybe, even a career change or quitting. How under the synonym of ‘nurturer and caregiver and dutiful,’ we are prepared in a factory line sort of assembly system to please, pleasure and placate men? Our obedience — our dysfunction. Our defeat, in so many ways.

Section 375 of the IPC defines rape and the concept of consent, but also adds that these conditions do not apply in the case of married couples. “Sexual intercourse by a man with his own wife, the wife not being under 15 years of age, is not rape,” the exception reads. In a 2017 judgement, the Supreme Court changed the age of consent to 18 for a married woman. However, that case dealt exclusively with cases of child marriage, and not with the wider issue of marital rape.

I end with Justice Shakdher’s powerful words, “According to me, you (the amicus curiae) gave a good example of sex worker. If you were to look into the circumstances, what better defence than to say that this is a person who is used to entertaining people… she should have also been in the exception… we have chosen not to do it. Our courts have gone as far as saying she can say no at any stage (light of protection granted to sex workers in rape law). Can a wife be put at a lower pedestal? Be lesser empowered in law?”

The Centre has supposedly invited suggestions from all chief ministers of all state governments… the Chief Justice of India, Chief Justice of all high courts… judicial academies, national law universities, the Bar Council of India, Bar council of all courts and members of both houses of Parliament regarding comprehensively amending the criminal laws.

How many of these stakeholders are actually women?

In its earlier affidavit filed in the case, the Central Government had said that marital rape cannot be made a criminal offence as it could become a phenomenon that may destabilise the institution of marriage and an easy tool for harassing the husbands. The Delhi government has told the court that marital rape was already covered as a “crime of cruelty” under IPC.

As of November 2020, 36 countries, globally, had still not criminalised marital rape. Pakistan, Bangladesh, Afghanistan, Botswana, Iran, Nigeria and Libya are nations where like India, it is not a crime to rape a wife.

The National Crime Records Bureau in India has no separate statistics on marital rape.

‘The truth is that family life will never be decent, much less ennobling, until this central horror of the dependence of women on men is done away with. At present, it reduces the difference between marriage and prostitution to the difference between Trade Unionism and unorganised casual labour: a huge difference, no doubt, as to order and comfort, but not a difference in kind.’

The section is titled The Economic Slavery of Women.

Shaw who had called out marriage as ‘licensed prostitution’.

Sreemoyee Piu Kundu is the bestselling author of ‘Sita’s Curse’, India’s first feminist erotica, and ‘Status Single’ and the founder of India’s first and only community for urban single women. She is also a leading columnist on sexuality and gender. Views expressed are personal.​